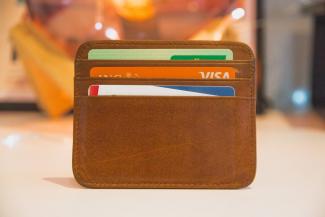 Here are some common terms you hear frequently and a simple explanation of what they really are:

Blue Chip Stock – A blue chip stock is typically stock that is offered by financially sound businesses that have been around for a long time. Blue chip stocks are popular with new investors because they tend to be stable and have less risk than other types of stock.  Another benefit to purchasing blue chip stock is that they tend to pay dividends to stockholders. Like any stock, their value can fluctuate, but their performance tends to be more stable.

Bonds – when you buy a stock, you're buying a small piece of a company. When you buy a bond, you're actually lending money to the bond issuer, with the issuer agreeing to pay you a specific rate of interest during the length of time that you hold the bond. The issuer also agrees to repay the principal once the bond has matured. In many cases, bonds are considered a safer investment than a stock and usually pay interest twice a year.

Hedge Funds – A hedge fund is set up as a limited partnership or limited liability corporation. This is done to protect both the hedge fund manager and the investor.  There are a limited number of investors involved in a hedge fund, which is operated by a professional manager, who is responsible for making the investments. Because of their risk, hedge fund investment is only open to qualified investors with a significant amount of assets, usually in excess of $1 million. Because hedge funds are not regulated by the U.S. Securities and Exchange Commission, the hedge fund manager can invest in a wider range of securities that carry more risk than more traditional investments.

Recession – In simple terms, a recession is a decline in economic activity. This decline can be for any number of reasons and usually includes a drop in gross domestic product, a rise in unemployment, a decline in manufacturing production, a decline in personal income, and a decline in retail sales. While a drop in any of these can occur at various times and do not indicate a recession, a continued decline of these indicators, usually over several months, can indicate that a recession is beginning.

*This content is developed from sources believed to be providing accurate information. The information provided is not written or intended as tax or legal advice and may not be relied on for purposes of avoiding any Federal tax penalties. Individuals are encouraged to seek advice from their own tax or legal counsel. Individuals involved in the estate planning process should work with an estate planning team, including their own personal legal or tax counsel. Neither the information presented nor any opinion expressed constitutes a representation by us of a specific investment or the purchase or sale of any securities. Asset allocation and diversification do not ensure a profit or protect against loss in declining markets. This material was developed and produced by Advisor Websites to provide information on a topic that may be of interest. Copyright 2022 Advisor Websites.